The TMForum Frameworx a pre-built set of patterns of Business Processes, Services, and logical Applications that are typically used by Telecommunications companies, which help jumpstart an Enterprise Architecture effort. The models provide a basis upon which users can build their own Enterprise Architecture using the patterns as a guide. The prebuilt models have been built, and are continuously added to by the members of the Telecommunications Forum. We have seen many users whose business is not Telecommunications, use the models to jump start their EA effort -- as the models take into account business services that many industries use.

The encyclopedia itself has: 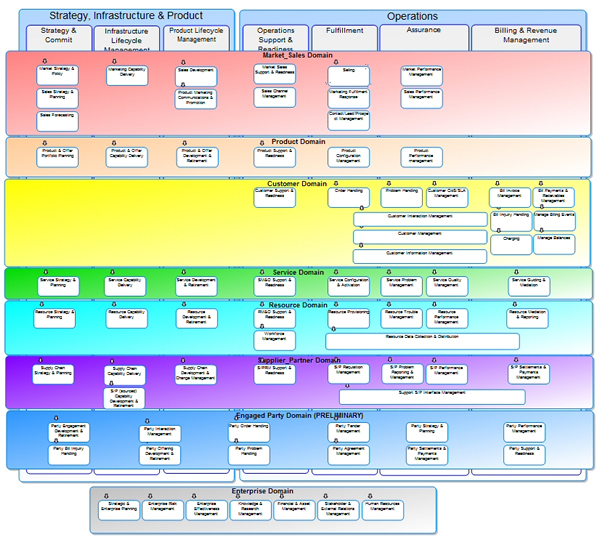